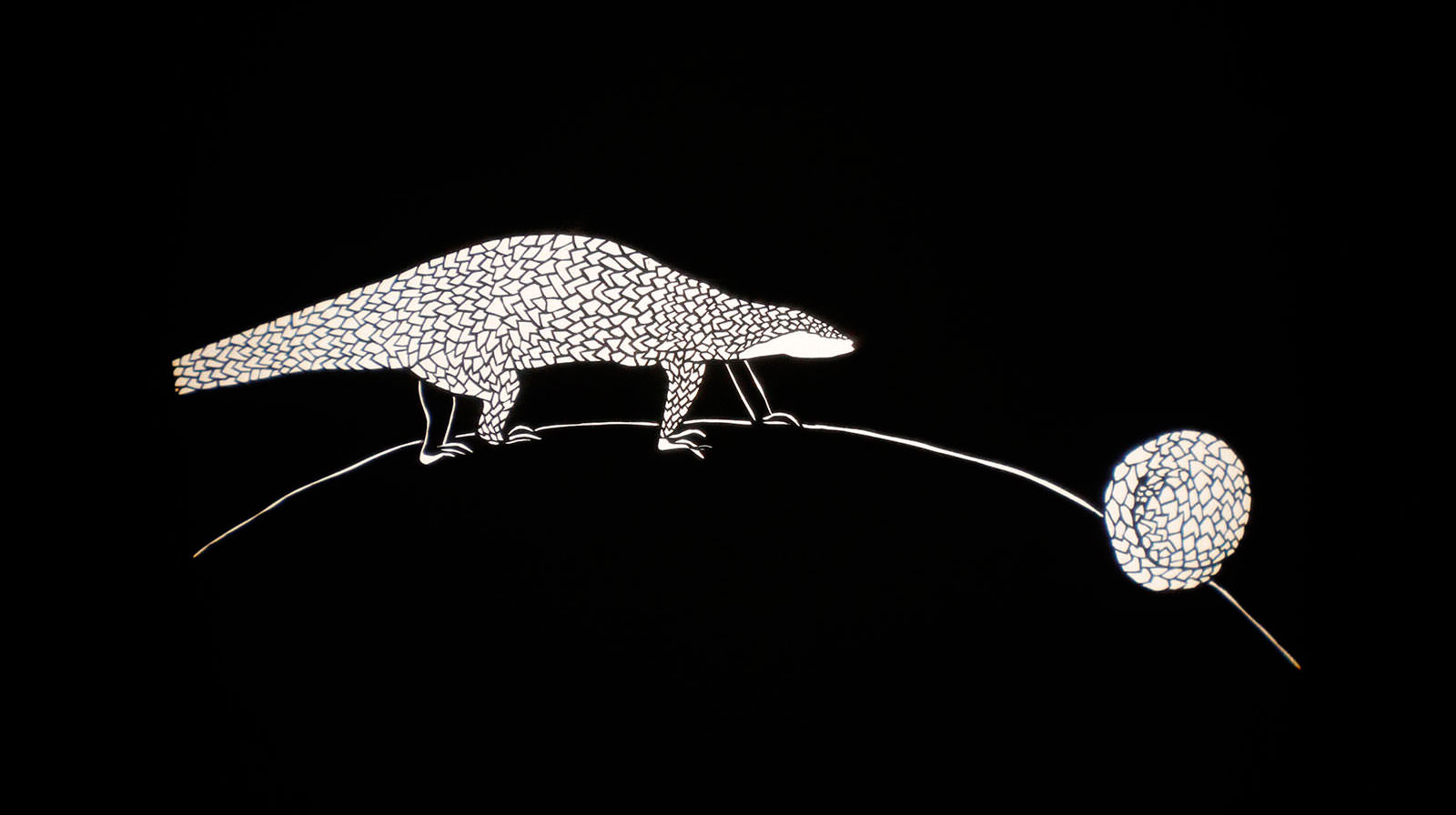 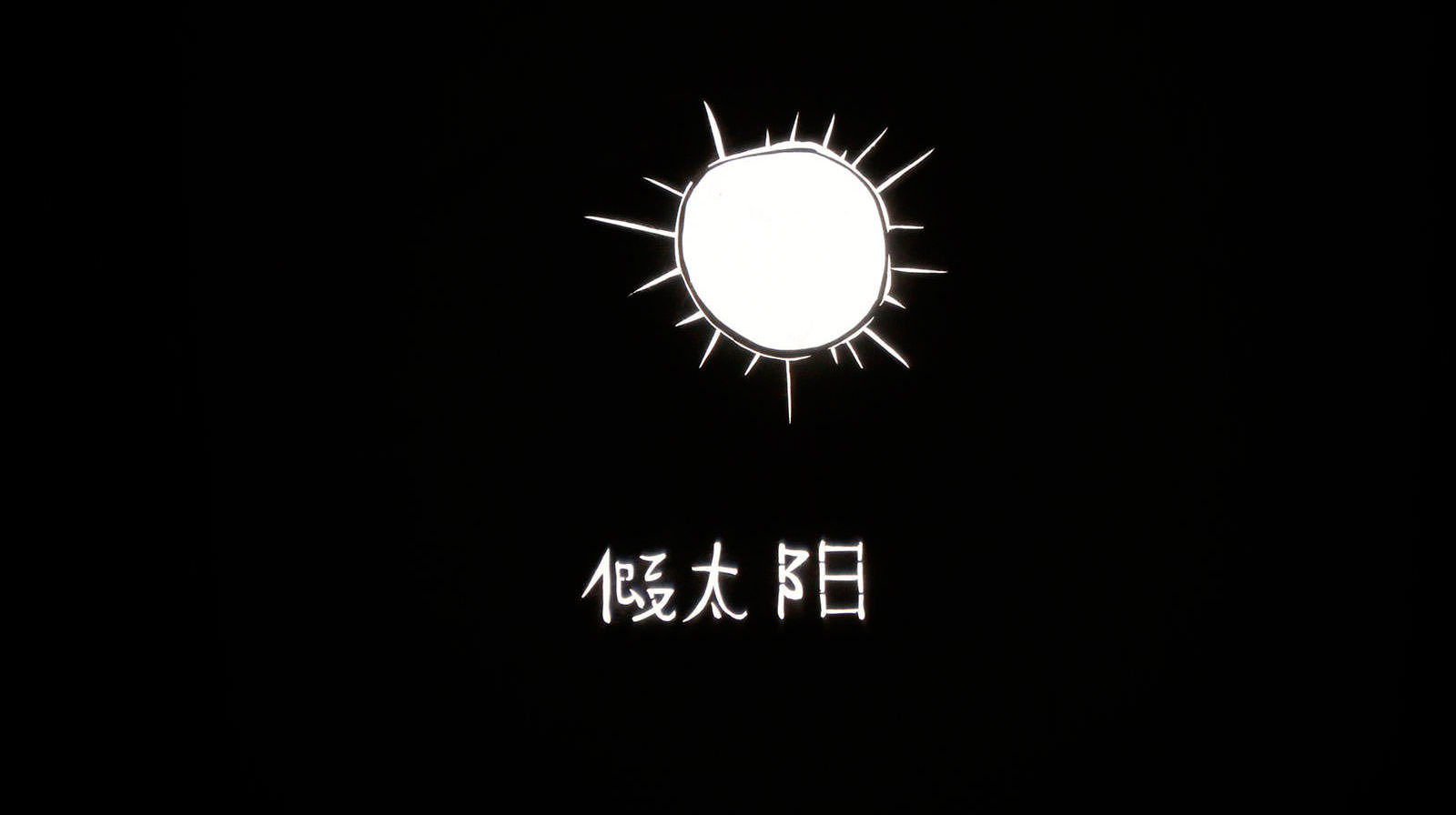 “Look at the Sky above, which is not a Sky anymore. Look at the Earth, which is not an Earth anymore. That the things have gone so far with the world, shouldn’t it put me into restlessness?“
[Zhemima in: “The epos of Zhepama and Zhemima”]

In the stage versions of “Le monde réparé” we combined spoken word, music, projections of drawings and shadow theatre elements into one particular type of performance realized by an ensemble of 16 members. By translating the content of the Achang story into several languages and by integrating Chinese, French, German, English and Romanian elements in the text we intend to connect various ways of understanding, while preserving the particularities and the specific melody of each of those languages.
After these previous experiences we wish to bring this project further for varied reasons. The Achang conception about the world challenges the anthropocentric viewpoint and it encourages us, before doing anything, to reflect about the consequences which our actions might have upon other forms of life. This means that the one who refuses to look beyond oneself has no empathy and respect for other living beings. And if one is power- and greed-driven, one cannot integrate in this world and becomes a source of destruction on Earth, a danger for the life rhythms. On the other hand, as it is also told in the Achang epos, even the power of the best-intended entity could easily cause more harm than good if used irresponsibly.
By being receptive to the message of the Achang ancestors, we notice that the question: How can humans function in a non-destructive way as part of nature? comes from a vital concern in our existence, which bridges and at the same time transcends cultures. It is a matter which connects us over the centuries and cultures; as soon as we begin to neglect it, we start to put ourselves and the planet into severe trouble.
This epos describes how the Sky was created by Zhepama, how the Earth was woven by Zhemima and how the humans appeared. Interestingly, their first creations are not perfect in themselves. Both the Sky and the Earth have to be adjusted to match each other. The Achang ancestors did not represent perfection as an absolute value impersonated by their gods. Through storytelling, they chose instead to share their belief that a good living together is based on the careful relation between all interconnected elements of life. As changes in each relation occur all the time, there is a permanent need for adjustment, restoration and reconciliation. Zhepama and Zhemima constantly take care of the ever-changing world and repair it when necessary.
The story continues with: one day a demon appears on Earth and seizes the power over nature and over all living beings by shooting a second sun onto the Sky. The fake sun is present day and night above, on the canopy. It scorches everything and turns the Yin and the Yang upside down, throwing the whole world into a chaos. This idea sounds like a prevision for the climate changes nowadays.
Once Zhepama realizes what the demon has done, his first impulse is to use his physical power to destroy him. At a second thought, Zhepama and Zhemima recognize that this action would not only kill the demon, but it would harm other creatures as well. Therefore, they decide to get him in more subtle ways. After several civilized confrontations in the form of competitions, they ultimately defeat the demon using poisonous mushrooms. Then they reestablish the balance in the world by shooting down the fake sun.
Most of all, we want to revive and bring this story to other minds especially because the epos strongly resonates with our present. In the form of oral history, the ancestors of the Achang people have passed over to the next generations their deep care and esteem for nature. From their coherent viewpoint on life there is plenty to learn. Their attitude emanates simplicity, gives vivid examples of responsibility and has an authentic spirit of observation. We, as artists who care about nature, perceive it as an essential clue towards the way out of our actual ecological crisis. Highly relevant for our times, but not only, this myth opens horizons towards a mentality which is worth becoming more close to everybody.
Environmental pollution, the collapse of ecosystems, the brutal fragmentation and destruction of habitats, the major drops in wildlife populations, all caused by human activities and lifestyles - these are uncomfortable proofs that on a large scale we have lost the balanced perception of our own place in relation to other forms of life in the world. But there are these perspectives: repairing the world is, according to the point of view of the Achang, not only possible, but an ongoing process on our planet and in our lives.